Birkenhead Community Church is an independent Christian church. We meet in the Rawene Centre at 33 Rawene Road in the heart of Birkenhead on Auckland’s North Shore (see map).

You’ll receive a warm welcome from our church family which is made up of a lot of different people who come here to worship… kids, teens, young adults, families and elderly, from a whole range of backgrounds. It’s a great mix and we love meeting together to learn and worship God.

And we’re not just open on Sundays. As well as our services we have people meeting throughout the week for small groups, ministries, sport, social events and more, so people can connect, serve and discover more about what God has in store for them.

So come along to Birkenhead Community Church this Sunday at 10am – we’d love to meet you. 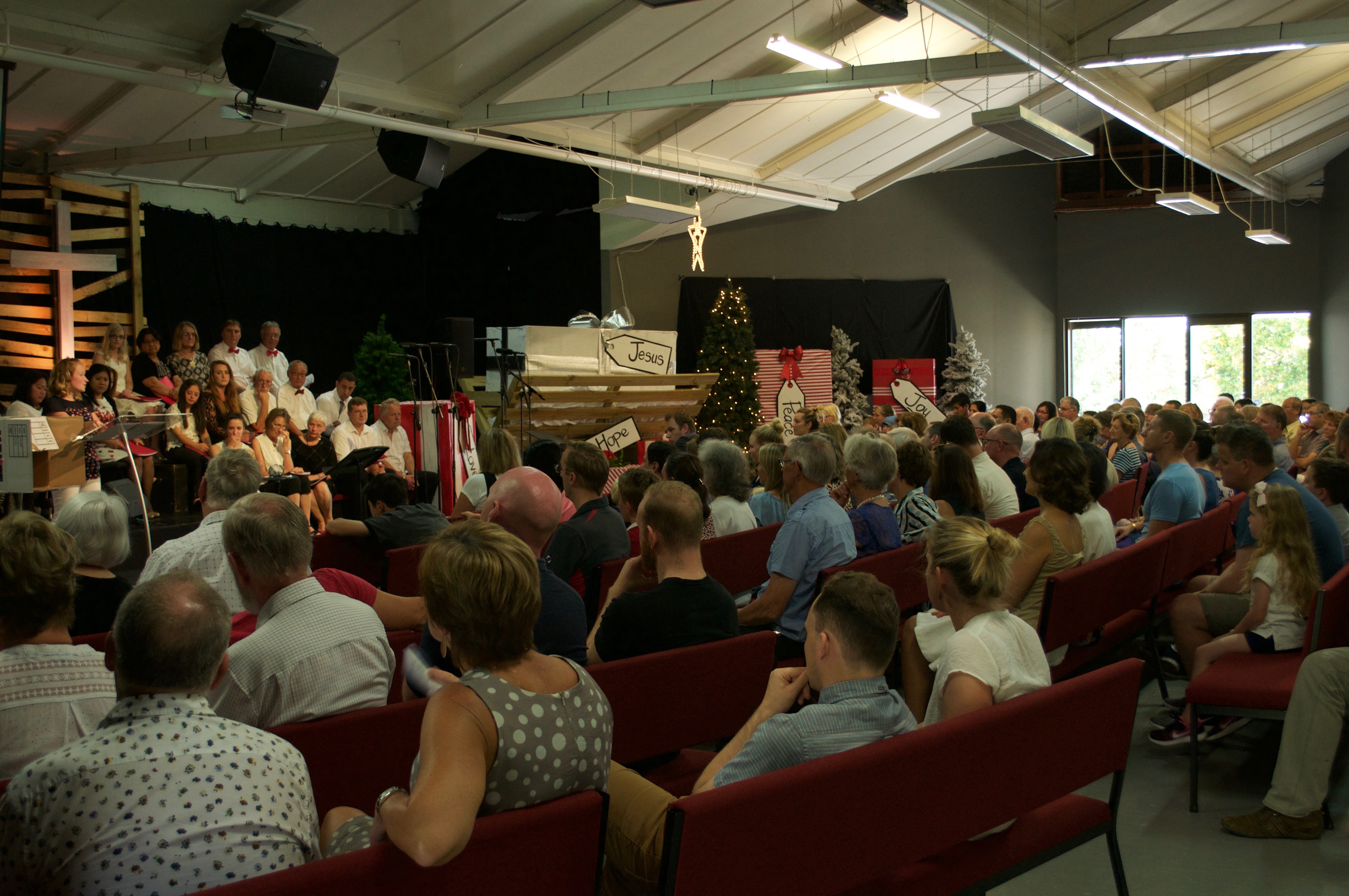 This is our statement of faith… It’s not an official creed or confession, and it doesn’t try to define the ‘rules’ for being part of our church – it is simply the foundations on which we set our faith. We believe that:

The Birkenhead Community Church family has been meeting together for 100 years now here in Birkenhead. And there are many families who have children, grandchildren and even great-grandchildren still actively involved at BCC.

In 1912 a group of Christians had a vision to create a local church in Birkenhead. Though we’re a relatively independent church now with no distinct denomination, we started out as a Christian (Open) Brethren church and still have some of that history carrying through. Like many modern Christian churches, we fit in the Protestant Evangelical basket… but in everyday terms we’re a relaxed, modern, family church with a focus on serving our local community. 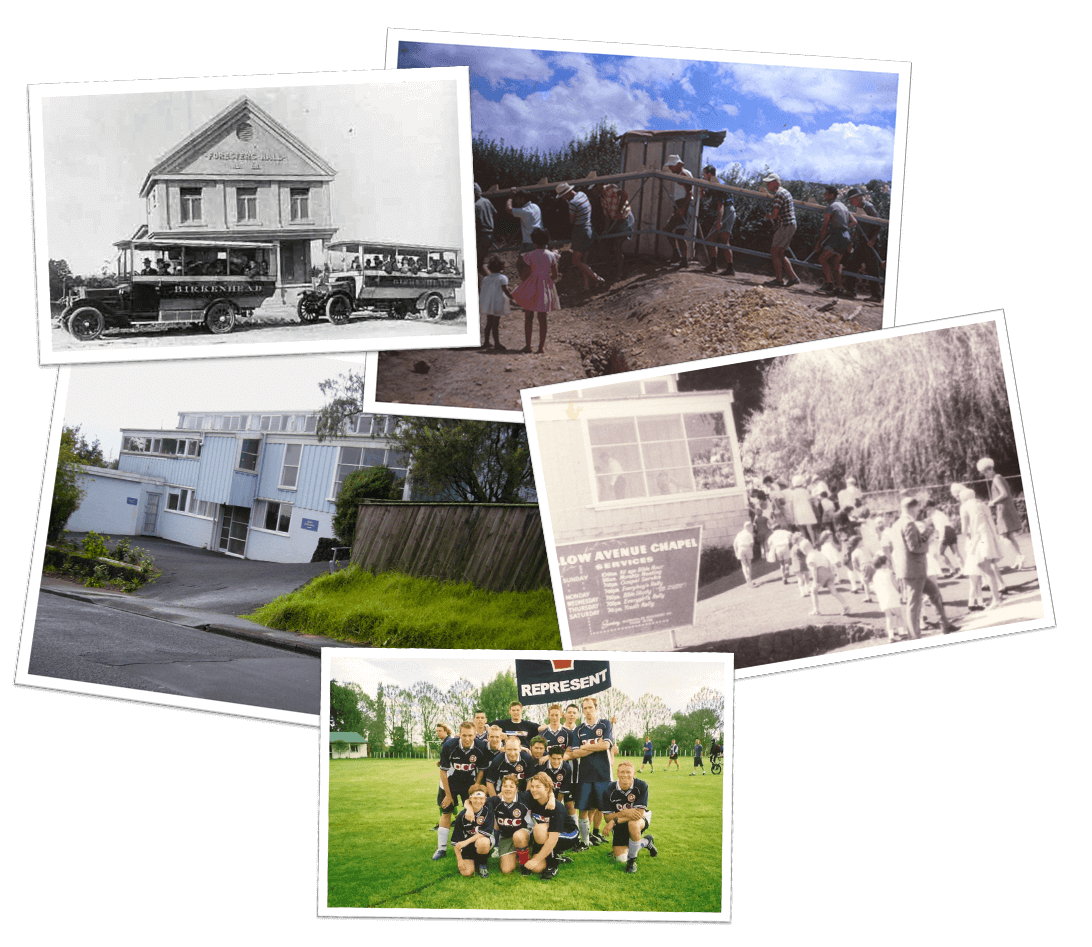 Here’s a bit of our timeline…

Approx 1912
The church began, meeting in the home of Mr RE Stott on Onewa Road.

1915-29
‘The Assembly’ grew and moved to rented premises in Birkenhead known as Forrester’s Hall.

1929
The church was gifted a building in Hinemoa Street called the Gospel Hall and occupied it for 33 years. They also used the Victoria Hall in Mariposa Crescent for youth groups and a hall in Birkdale for Sunday School.

1996
The church had grown considerably and the Willow Ave facilities were now too small so they moved Sunday Services to Birkenhead College as a temporary measure. The church had also been renamed ‘Birkenhead Community Church’ a few years earlier.

1999
The Willow Ave building was sold to another church group.

2000
The old Dick Smith warehouse in Rawene Road was purchased and turned into the Rawene Centre by the Willow Christian Trust. It gave Birkenhead Community Church the opportunity and facilities to run several existing community projects and begin some new ones. BCC use this community centre on a regular basis.

Today
Well-known in the Birkenhead community, the Rawene Centre has been developed considerably over the years and is used extensively by BCC groups and ministries, as well as local organisations.

As a church, we see the way Jesus lived as the perfect example to base our lives on – in our family relationships, with friends, at work, and at play. And this example really drives our vision as a church – to be a group of believers reaching out to our community.

At BCC we have 6 founding values that we follow.
To be…

We want to provide people with a welcoming, encouraging and challenging environment to grow and develop their faith. We love our community and want to serve the people of Birkenhead and beyond in a way that points them to Jesus.

If these are things you desire for yourself, your family and your friends, come and join us and become part of a group of believers reaching out to the people they see every day.